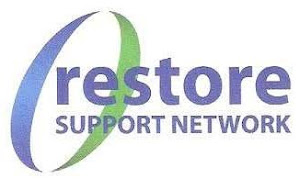 OUR STORY began in 1996 when four older people between 50 and 70 years of age and serving custodial sentences came together in HMP Bedford to ‘buddy’ one another. It was at a time when both the Government and main Opposition party were trying to ‘tough on crime’ each. The group of four were continuing a long history that went back centuries of providing peer support to help each other cope with the loss of freedom as the result receiving a custodial sentence. Their unestablished group was called Restore 50plus.
Restore 50plus changed its name in 2011 when it became a registered company known as Restore Support Network and a registered national charity in 2013. We chose the new name because…


'Restore' defines our members who accept they have broken trust as the result of their offences and on completion of their sentences seek to live independently in the community without re-offending. We have a high success rate with those who commit to our ethos. Recent analysis of 327 of our service users reveal less than 97% re-offended within 12 months of release.

'Support' identifies what we offer older people with convictions in prison and on their release in the community. The type of support may vary from time to time but is based on the lived experience of its service users and peer workers as the result of changes in penal and rehabilitation policy and service provision.

'Network' consists of service users, peer carers and peer mentors who form the membership. It also includes some who were trained as Healthcare Orderlies, as well as ‘Listeners’ who support those in prison at risk of self- harming. The network provides ongoing peer support especially when members feel isolated and facing difficulties. A growing number come from marginalised backgrounds and are struggling to exist on release from prison. Members provide feedback to the Board of Trustees on their changing life experiences in prison and the community. They are also involved in evaluating the charity’s service delivery and are invited to attend regular Board meetings.

Stuart Ware is our Chief Executive and one of our founding members. He obtained his PhD at the University of Sheffield in 2007(Thesis: A Theology of the Incarcerated: Views from the Underside). He has considerable experience in the restorative justice and social care fields. He was a founding member of the Age Concern (now Age UK) Older People in Prison Forum (OPiPF) in 2001. As a member of the Churches Criminal Justice Forum he was involved with the Prison Service in establishing the Canadian Community Chaplaincy model in this country. Consequently, in 2004 he was instrumental in the establishment of the Footprints Mentoring Project in collaboration with Bishop Tim Thornton of the Diocese of Salisbury. In the same year he initiated the work of ACOOP with Age Concern SW, which became known as RECOOP, to provide social care activities for older people in south west prisons. He was invited by HMP Shepton Mallet to provide support for their Lifer population and establish the first older prisoners group in the region known as ‘Cornhill Classics’. Between 2006 and 2010 he was a consultant to the Department of Health Offender Health Unit. In this role he was a member of the Steering Group that produced Pathways to Care for Older Offenders: a toolkit for good practice (2007) and advisor in the delivery of the CAF integrated care pilot in HMP IOW. Since 2013 he has focused on strengthening our work in the south west and north west involving peer workers in trialling our own personalised pathway programme. Stuart strongly believes in the need for peer researchers to use their ‘insider perspectives’ to deliver peer-led academic research using their own lived experiences to influence criminal justice system policy and practice. In order for us to have a strong and active voice he is also leading the national ‘work opportunities’ initiative to recruit peer carers and peer mentors. Stuart intends stepping back over the next two years and hand the work over to other peer workers and volunteers without convictions.

We remember those who supported Stuart and are no longer with us...

Wilfred H was a 'Lifer' and founding member in HMP Bedford and Stuart mentored him on his release; he died in 2001.

Gillie Johnson who had no convictions supported Stuart on his release; she died in 2007.

Alan Wickenden was a healthcare orderly in prison. On his release Stuart mentored him and he became our peer co-ordinator in Devon and Cornwall. He died in October 2010.

Ron Crabtree ran the older prisoners group in HMP Channings Wood and he was mentored by Stuart on his release. His business background enabled him to play a key role in preparing us to become a registered company and charity. Since 2013 Ron has assisted Stuart as our Administration Manager that included developing policies and procedures and took on the role as Company Secretary to the Board. He died in May 2018 at the age of 59. Thanks to donations from family members we have been able to support two new peer workers recently released from prison.

Wilfred, Alan and Ron will all be sadly missed but their memories live on as they are followed by other peer workers. Gillie was the first of many others with no convictions who have supported us.

So our story continues…

Veronika’s Story: "I was supported by Restore on my release from prison. This gave me a new purpose and a goal for the future without committing any further offence. Putting my life behind me, I went on to train as a peer mentor and I have supported six men and three women. I helped them to sort out their bank accounts, debts, rent arrears, Benefits and three of them to find suitable accommodation. I like the team approach which Restore encourages. So I network with my neighbouring peer co-ordinator, Brendan, in Bristol. We provide each other with moral support".

For our story to continue we need more peer support workers to join us on release from prison, as well as volunteers with no convictions. See work opportunities for more details.

Stories of our service user experiences

‘Pete’ aged 72: Had a history of minor offences and short sentences of less than 12 months. Contacted Restore prior to release as he had complex care needs, with no clothing of his own and nowhere to stay when he left prison. In accordance with the Care Act 2014, the Local Authority Adult Social Services assessed him in prison as being unable to care for himself and issued him with a care plan and referred him to the Local Authority in another area where he was residing prior to sentencing. A Restore Volunteer Support Worker met him at the gate with new clothes but ‘Pete’ had no care plan paperwork or healthcare summary; he was then accompanied on the train to his hometown. Local Adult Social Services refused to accept his previous care plan in order to provide him with emergency accommodation – despite the referral from the other local Authority. Restore found him temporary rented accommodation and provided care support but was unable to deal with his personal care needs. As result of Restore advocacy, on ‘Pete’s’ behalf, Adult Social Services carried out a fresh assessment and arranged supported housing for him four weeks after his release from prison. Restore continues to offer ongoing befriending and care support to enable him to live independently in the community.

‘Sam’ aged 57: Confined to wheelchair with no Local Authority care plan, no clothes of his own when released and no transport to help him. A Restore Support Network worker saw him prior to release and produced his personal care plan. ‘Sam’ was met at the gate and handed new clothing, then taken to hostel over 60 miles away.

‘Marie’ aged 56: Had no criminal record until the loss of her husband. Life began to fall apart with mounting debts leading to drink-related problems and community sentences followed by short prison sentences. Restore produced her a personal care plan ready to take with her on release. This included help in getting permanent housing arranged. A local Restore Volunteer then provided ongoing befriending support. ’Marie’ has not re-offended one year since her release and plans to become a Peer Worker.

Since becoming a charity Restore Support Network has developed a team of Peer Befrienders and Enhanced DBS checked volunteer workers who have no criminal record, to support older offenders with care and resettlement needs. Our success can be summarised in one word: ‘commitment’ - to our Vision and Core Values by our growing band of workers as well as our service users. This is a commitment of time and effort to change lives. It is a commitment of going on a journey together. Our learning is refined over time and informs our experiences. This in turn guides us in adapting our services that will meet the needs of our service users and respond to the growing challenges we face together.
Add Team Member